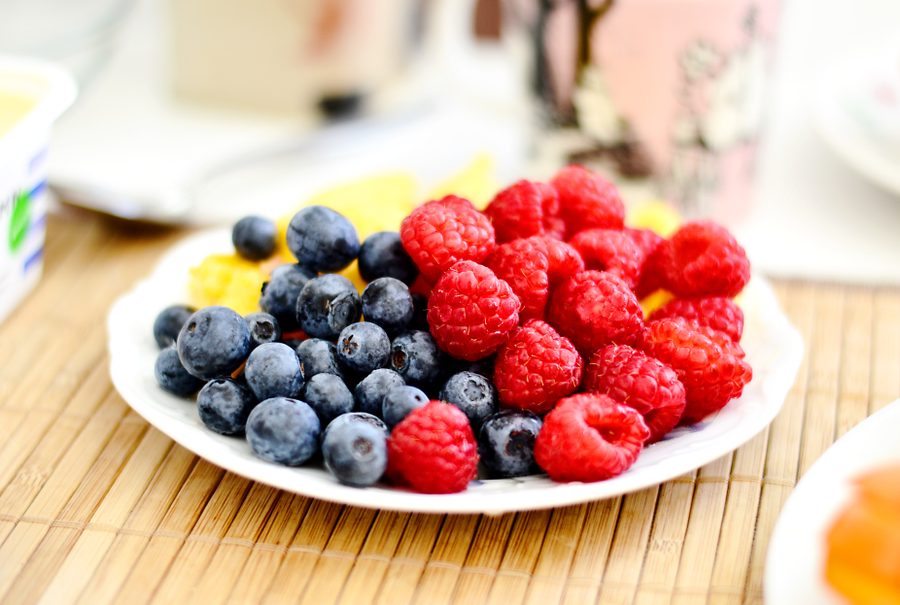 What is energy density and why is it important?

Foods containing the lowest energy density are unsurprisingly fibrous vegetables including salad leaves, asparagus, broccoli, cauliflower, green beans, peppers, mushrooms and onions among others. Next are the low carbohydrate fruits like berries, then starchy vegetables and sugary fruits. Foods at this low energy density can be eaten freely without fear of gaining weight. They contain large quantities of fibre and water and help to keep us full.

Beans and legumes and whole grains have a higher energy density than fruits and vegetables, but they are still relatively low. Dairy and meat substitutes, e.g. plant milks, quorn and tofu are in an energy density range that is still compatible with weight loss and can be useful sources of plant based proteins. Eat these in moderation!

Moving up the energy density ladder, breads and other baked goods can be enjoyed when we are losing weight but should be eaten less often than the aforementioned foods. Nuts and seeds have an even higher energy density but are sources of healthful fats, so we recommend them, but in small amounts. Oils and spreads have the highest energy density of all, and we suggest avoiding these where possible. This is one of the reasons why we would recommend olives but not olive oil, for example.

Obviously it would be inappropriate to exist entirely on a diet of just fibrous vegetables and berries! Eating a mixture of foods with different energy densities so that the energy density of the meal overall is low is a good approach, think legumes and whole grains in reasonable quantities with plenty of lower density fruits and vegetables to add a lot of bulk without adding many calories.